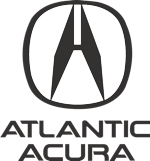 The Best Vehicle to Suit Your Lifestyle

Acura joined the automotive scene in 1987, becoming the first luxury division of Honda in Canada. Since then, Atlantic Acura has provided vehicles that combine precision crafted performance, cutting-edge technology and incomparable luxury.

Advances in technology translate into not just a better drive, but a more enjoyable one and the Acura RDX embodies that. Jamie Campbell, new car sales manager at Atlantic Acura, says one of the highlights of this luxury family, SUV is it's new infotainment system and interface, designed to minimize driver distractions. The vehicle’s True Touchpad Interface makes life on the road easier for drivers. With an easy to use 10-inch HD display that sits high up on the dashboard, the interface also supports Apple CarPlay, allowing you to play music or listen to messages. The vehicle’s panoramic sunroof gives both the driver and passengers in the back a view of the sky. “

Our vehicles come with state-ofthe-art technology as standard,” says Campbell. He points out that details such as the RDX’s heated steering wheel, which is operated by a bush of a button, and brilliant LED headlights, are also well suited to chilly Atlantic Canadian commutes.

The 2019 ILX luxury sedan is another one of Acura’s most recent vehicles. The sleek vehicle incorporates Acura’s Diamond Pentagon signature grille, bordered by Jewel Eye LED headlights and black chrome accents. Inside, the Ultrasuede seats emphasize the sporty interior, along with stainless steel sports pedals at the driver’s feet. “It’s about luxury with extra performance” says Campbell.

But it’s not all style without function. “All our vehicles come standard with what we call AcuraWatch,” says Campbell. The system relies on a network of sensors and two cameras to detect potential road hazards, and even adjust the vehicle to avoid threats altogether. 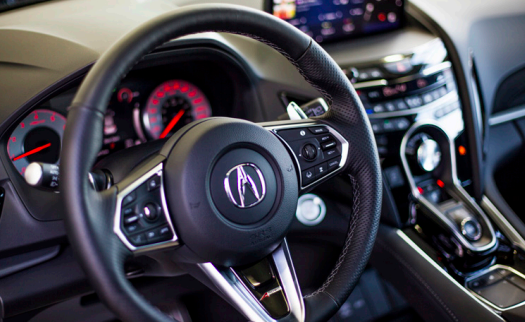 Campbell explains the Collison Mitigation Braking System, which comes as standard can detect a potential front-end collision and apply the brakes automatically to avoid a crash. “People aren’t having to pay extra money to get those safety features, they’re now automatically included,” he says. Other features of the ILX include remote engine starter, adaptive cruise control and adjustable climate control settings. Campbell wants customers who come into their showroom to feel at home. “We offer a concierge experience,” he adds.

While Campbell has been with Acura since 2007, other staff have more than 25 years of knowledge of Acura products. As well as advising on the best vehicle to suit your lifestyle — whether a luxurious RDX, ILX or a hybrid SUV — Atlantic Acura is able to help with credit solutions to finance your new vehicle.

Your request was sent successfully!

Atlantic Acura wants to thank you for your request. Someone will contact you shortly.

We were unable to send your message. Please refresh and try again

It looks like you are using a deprecated browser, which might encounter problems properly displaying this site. For the best browsing experience, we recommend switching to Google Chrome.

Your request was sent successfully!

Atlantic Acura wants to thank you for your request. Someone will contact you shortly.

We were unable to send your message. Please refresh and try again

A potential customer who visited your website has completed an online form on the following page {$CUSTOMPAGENAME}: